Our understanding of autism spectrum disorder (ASD) has come a long way since 1908, when the word autism was first coined.

Unfortunately, not all of the information available online today is rooted in fact and research. The internet is an incredible innovation, but it also enables the spread of myths and misperceptions, which can make it hard for parents and caregivers of children with autism to separate fact from fiction.

I’ve compiled a list of the top myths I’ve heard and read over the years. By breaking down each one, my hope is that this information can help you make more informed decisions about your loved one's care and wellbeing.

MYTH: Autism is a disease

TRUTH: Autism is NOT a disease. You can’t catch autism like a cold. Autism is a lifelong developmental disability that usually appears during early childhood. It can impact one’s ability to understand language, communicate with others, partake in social interactions, self-regulate, and independently complete Activities of Daily Living (ADLs) like brushing one’s teeth, getting dressed, making food, etc.

MYTH: Autism can be cured

TRUTH: Autism is a lifelong disability that cannot be cured with medicine or a special diet. Additionally, there is no universal, one-size-fits-all treatment that works for everyone.

However, with appropriate interventions (e.g. speech therapy, behavioral support, occupational therapy, physical therapy, etc), many individuals with autism can live independent, productive, and comfortable lives. The goal of this treatment is to help maximize a person's ability to function, reduce symptoms of autism, and support their early learning skills and development.

With so many interventions available, it’s important to work with your healthcare provider to find a treatment strategy that meets your child’s needs.

MYTH: Only males have autism

MYTH: All Autism is the same

TRUTH: Autism is different for everybody. Autism is a “spectrum” disorder, meaning that the characteristics and severity levels will vary from person to person.

These differences can be assessed and evaluated by a professional. Saying all people with Autism are the same is like saying, “all snowflakes are the same,” - it’s simply not true.

TRUTH: Vaccines do NOT cause autism.This is an unfortunate and fraudulent myth. The root cause of this belief was a false research paper that was ultimately found to be deceptive, and the physician who authored and promoted this falsehood was stripped of his medical license. There is no scientifically proven link between vaccines and autism. Vaccines save lives.

MYTH: Individuals with autism do not feel emotions

TRUTH: This myth drives me nuts! From my personal life to my work experiences as a speech-language pathologist, I’ve seen firsthand that individuals with autism have many emotions to share. They sometimes just don’t have the skills to properly express them. That’s a very important distinction!

When children cannot use verbal or nonverbal language to express their emotions appropriately, they may become frustrated and engage in unwanted or maladaptive behavior (e.g. self harm or hurting others).

Also, just because someone isn’t displaying an emotion on their face, or talking about it verbally, doesn’t mean they aren’t feeling an emotion! Several years ago, I was evaluating an 11-year-old boy with autism who was nonverbal and used an app on his iPAD to communicate. When I first evaluated him, his parents reported that he often hit himself or others and they didn’t understand why, especially because he had the communication tools. Within 30 seconds, I realized the reason. The only thing this poor child could talk about on his iPAD was Trader Joes! Now, don’t get me wrong, I love Trader Joes, but I don’t perseverate on the topic. We have to give individuals with autism the emotional language and skills to express themselves.

MYTH: Individuals with Autism are not social

TRUTH: Many individuals with autism can develop social skills. And just because individuals with Autism may need extra support with social skills, doesn’t mean they don’t enjoy interacting with people and maintaining relationships. Everyone shows their social skills in different ways. Some people are introverted and shy, thus avoiding social situations altogether, while others say way too much and have difficulty having a two-way conversation.

Nonverbal forms of communication (e.g. body language, tone of voice, sarcasm) tend to be confusing for people with autism. While this can sometimes make it more challenging to establish friendships or be successful in a work environment, intervention can often help.

Truth: Parenting style is NOT a cause of Autism. This myth isn’t just untrue and disproven, it’s especially cruel. It stems from the work of Bruno Bettelheim, who first coined the term “refrigerator mother,” positing that autism was caused by mothers who were cold to their babies. Needless to say, this work has been utterly discredited. If only autism could be prevented by giving more hugs!

The reality is there is actually no known cause of autism. It’s a complex disorder and symptoms can vary dramatically. With that said, today most researchers agree that certain risk factors, such as genetic and environmental factors, can increase a person’s likelihood of diagnosis.

MYTH: Autism is a childhood condition

TRUTH: This clearly can’t be true since children with autism eventually become adults with autism. Autism is lifelong, and for this reason it’s imperative that we take a long view towards intervention and support.

TRUTH: Individuals with autism can have enjoyable and productive jobs. Many adults with Autism are absolutely capable of working given the opportunity. And with the right support and accommodations, employment can be a rewarding and fulfilling experience.

However, what’s important is that we don’t generalize or paint people with autism in broad strokes. It’s about finding a job that fits best for each person. These often can be jobs that have a consistent schedule and clear expectations, although others may do better in an entirely different environment.

For businesses, hiring people with disabilities, including those with neurodiversity, isn’t just the right thing to do - it can be good for business. People with autism offer a different perspective, are hard working, and often demonstrate trustworthiness, reliability, attention to detail, and many other benefits.

MYTH: All individuals with autism are either savant geniuses or intellectually disabled

TRUTH: People with autism are as unique and diverse as people without autism. Pop culture has been the culprit for egging on this myth. Movies like “Rain Man” and “ The Big Bang Theory” offer the notion that people with autism have savant-like skills.

Being a savant is a very rare condition in which someone exhibits exceptional mental abilities, such as memory, art, music, or fast mathematical calculation. They’re extremely rare.

On the other hand, if a person with autism is not a savant, there’s a perception they must be intellectually disabled.

Neither of these perceptions is true. Autism is not black or white, and there are many different shades of autism on the autism spectrum.

There you have it! Just a few of the many myths about autism spectrum disorder that are incomplete, misguided, or factually incorrect. I challenge you to continue questioning what you read and hear online and through the grapevine.

At the end of the day, what's most important is that we continue to accept and celebrate neurodiversity, including those with autism, cherishing everything they have to offer! 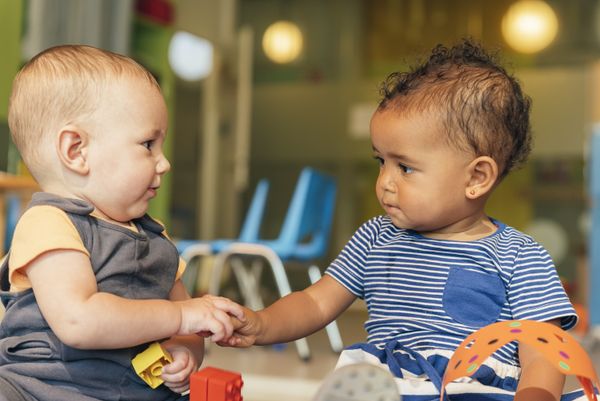 Social skills are essential for early childhood development. From eye contact to turn taking, these social skills help children communicate, develop and maintain relationships, cope with their emotions, and more. 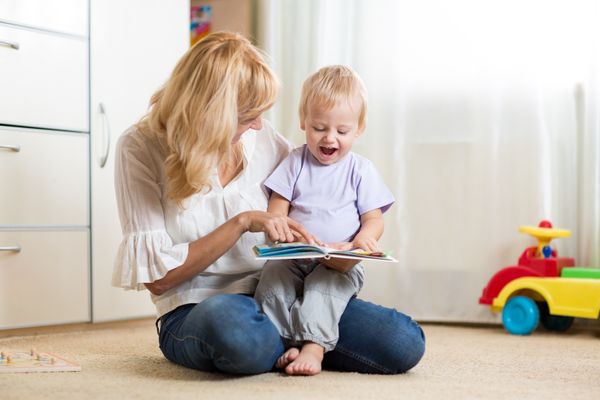 Parents have no shortage of questions when determining if or when their child should begin receiving speech therapy. For instance, how do you know if your child is reaching communication milestones typical for their age? We break down these questions and so much more.