If your child has trouble saying the /s/ sound clearly, they’re in good company. Problems with /s/, which can be referred to as a lisp, are some of the most common speech errors that exist.

There are a few reasons this sound is so tricky. The specific tongue positioning needed, as well as the frequency of this sound in the English language, make /s/ one of the harder sounds to learn. A lisp can make a child’s speech sound less mature, less intelligible, and more difficult to understand. But with guidance and practice, a lisp can be corrected!

In this article, we cover all things /s/: Common ways it's mispronounced, how the tongue should be positioned to fix a lisp, when speech therapy may be needed, as well as some techniques you can practice together at home.

Did you know that there are two common /s/ misproductions? These are referred to as a frontal lisp and a lateral lisp.

In a frontal lisp, a child produces a “th” instead of a true /s/ sound. Their tongue protrudes between their teeth, which is an incorrect placement. Instead of saying the word “sing,” they may pronounce it as “thing.”

In a lateral lisp, the /s/ sounds “slushy.” This is because too much air flows over the sides of the tongue. Airflow has to be streamlined out the front of the mouth in order for the /s/ production to sound 100% accurate.

When should children be able to say the /s/ sound correctly?

It's important to keep in mind that children develop speech articulation skills at different rates. While some children pronounce /s/ well at a young age, other kiddos may struggle for awhile. Mastery of /s/ production can happen anywhere between 3 and 8 years old.

If a child is 8 years old and is still producing /s/ in error, this is considered to be a clinical developmental delay. However, it's not recommended to wait until a child turns 8 to start working on this production. For most children, the ideal time to start is around 5 or 6 years old. Here's why:

How speech therapy helps your child improve a lisp

For those struggling with /s/ production or a lisp, weekly speech therapy is usually recommended. Speech-language pathologists are trained, educated, and licensed to help clients improve their speech and pronunciation.

The speech therapy process begins with an evaluation, after which the speech therapist creates a unique treatment plan specific to that client. As part of that plan, speech therapists determine the best starting point for each person who needs to target /s/. This is hugely important! When practicing a new sound, a big factor in making progress involves starting at the right level.

For example, if a person can’t successfully say the /s/ sound on its own, they shouldn’t be practicing that sound in sentences. Speech therapy begins by focusing on the /s/ sound by itself. From there, therapy would move to practicing /s/ in syllables, then words, and so on, meeting a series of milestones as the person moves toward their goals.

This may all seem a bit tedious. And the truth is–it can be! However, we can’t expect a child to practice the /s/ sound a few times and then start using it correctly in day-to-day conversations. Helping your child improve their articulation in this structured way will pay off in the long run. Slow and steady wins the race.

Tips and techniques to improve the /s/ sound or a lisp

While speech therapy sessions are extremely important, the practice that goes on outside of those sessions plays a large role in a person’s success. Regular practice reinforces what’s learned each week, so when the next session comes around, the person will be ready to progress even more, moving step by step toward their speech goals.

This brings us to tips and techniques you can practice at home, between speech therapy sessions, to help improve your child’s /s/ production.

The discrimination technique
Before a child begins working on saying the /s/ sound, they first have to understand the difference between a correct and an incorrect /s/ sound. Speech therapists call this discrimination.

Discrimination work is so simple, you don’t even need any materials! It just takes you, your child, and a few minutes to practice.

Start modeling an /s/ sound for your child, saying it correctly sometimes and incorrectly others. After each model, ask your child if you said the sound right or wrong. Over time, your child should be able to correctly identify when an /s/ is said correctly versus incorrectly.

As you practice this technique, you can simply make the /s/ sound by itself. Or you can use it in a word–say, sock and thock. You could even try dropping an incorrect word into a sentence and having your child identify it: “I hope the thun comes out today!”

Keep tabs on how frequently your child is able to discriminate between correct and  incorrect productions. Once they’re able to do this with 100% accuracy, you're ready to move on.

Renaming the /s/ sound
This technique is one that kids will enjoy. Renaming involves coming up with a name for the /s/ sound that’s different from, well, “the /s/ sound.”  Maybe you’ll call it a mad cat: “Ssssss!” Or a slithering snake: “Ssssss! Ssssss!”

For children working to fix a lisp, their /s/ error is probably pretty ingrained. When they hear the phrase “Say your /s/ sound!”, their tongue and mouth will want to move the same way they always have. This is why they keep ending up with an /s/ error.

When we refer to the /s/sound by a different name, like “the mad cat” or “the slithering snake,” we’re essentially tricking their mind into bypassing their typical motor pattern for /s/ and establishing a new, correct motor pattern.

Listen carefully to their production. It may not sound exactly like an /s/, but chances are, it’s closer than if you just told them to say an /s/ sound. Move through a list of new /s/ sound names with your child, and see which one sounds the most correct when they say it. That’s the one you should use!

Tongue placement for the /s/ sound
Did you know that there are actually two tongue positions you can use to make an /s/ sound?

Here’s how to practice this tongue placement. Tell your child to watch your mouth as you say the /s/ sound. Remind them of the correct tongue position. Once their tongue is in the correct position, they should begin to blow air out the front of their mouth. It’s almost as if they’re whispering and prolonging a /t/ sound. It should sound like “ssssssssss.” If the /s/ sound is correct, the airflow is smooth, with no slushiness or disruption.

No matter which position is being used, once the tongue is placed appropriately, your child should blow air and direct it out the front of their mouth. It should sound very smooth and clear: “Sssss.” It may help your child to use a mirror to watch their mouth and make sure their tongue doesn’t stick out.

Remember, you’ll want to hear that smooth /s/ sound without any "slushiness."

Start by using the straw yourself, and let your child experience what the airflow feels like at the bottom. Once you’ve practiced the technique, have your child give it a go.

Remember, when it comes to learning speech sounds, daily practice combined with weekly speech therapy sessions will ensure your child makes the most progress. 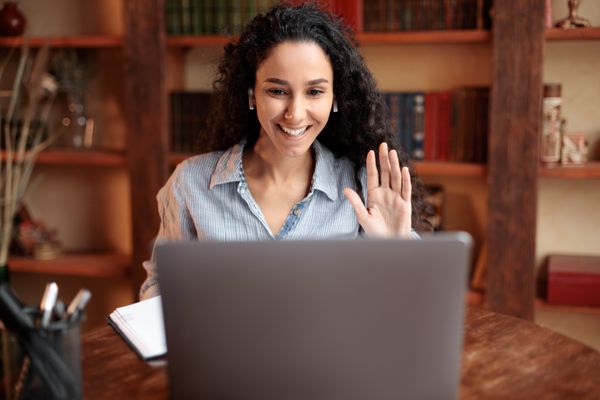 Articulation… cueing… pragmatics. Get the scoop on common speech therapy terms and how they relate to your child’s care with this helpful glossary. 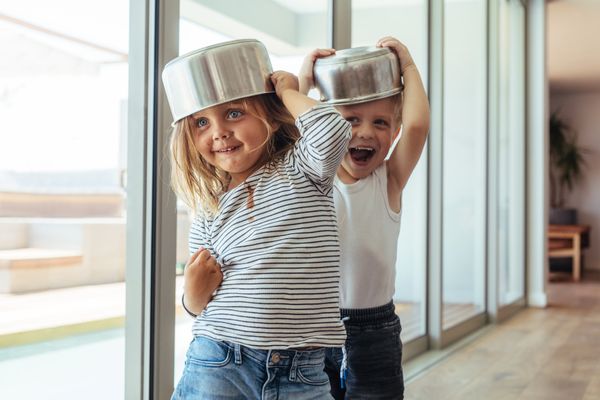 Speech and language growth is still happening at age 4, when kids become more skilled at speaking clearly, having conversations, and explaining how they feel. Here are the milestones to look for during your child’s fourth year.