For parents, these devices can provide a temporary reprieve from a bored, angsty, or upset child. They can also be a lifesaver in avoiding a public meltdown. These days it’s almost second nature to flip on their favorite television show or YouTube video as a form of passive entertainment. In fact, most children are digital natives and completely adept at navigating these technologies themselves!

All this time adds up. According to the National Center for Health Research, toddlers under two years old spend on average two hours every day sitting idly in front of a screen. That number drastically increases as children get older, with eight to 12 years olds spending an average of six hours using screens, and teenagers spending up to nine hours a day!

This screen time phenomenon is coinciding at a moment when more and more children are at risk for speech and language delays. After all, every hour spent using a screen is less time interacting face-to-face, reading, playing outside, and socializing with peers.

Many parents understandably have a lot of questions surrounding their child’s digital usage. How will it affect their communication development? Is all screen time bad? How much is too much? And most importantly, can screen time actually be used productively? Let’s dive in.

The Difference Between Active and Passive Screen Time

While the term “screen time” is used as a broad generalization, not all screen time has a negative effect on the budding brains of children. It’s important to make a key distinction between active v.s. passive screen time.

Passive screen time is defined as “passively” consuming content with little interaction or engagement. Putting your child in front of a glaring television screen is a common example. There’s often no creativity or cognitive thought involved, and children aren’t encouraged to physically or mentally engage with what’s being shown. In other words, this type of screen time is largely sedentary.

Active screen time, on the other hand, is the healthy part of a balanced screen time diet. It encourages your child to interact, remain engaged, and stimulates their mind and creativity. Certain types of educational apps that involve two-way communication or language practice are wonderful examples of active screen time. So is video chatting with family or caregivers.

Speech therapy delivered online is another great example. With online speech therapy, children are actively engaged and participatory, sitting face-to-face with their speech therapist to practice speech and language skills.

While technology is innovating at a breakneck pace, the way that children learn to communicate has been - and always will be - the same. Foundational language development and speech skills come to children through listening, imitating, and interacting with people around them.

The first several years of a child’s life are critical. It’s when their brains are rapidly developing, and when your child is most receptive to learning language. The necessary communication skills they develop now will stick with them for a lifetime.

Unfortunately, the more time your child spends sitting passively in front of a screen, the less time they spend interacting with the world around them. Think about taking an afternoon stroll around the neighborhood. If your child is watching their favorite show on a tablet, they're missing an opportunity to interact with you, ask questions, point to objects, learn new vocabulary words, and more.

The negative effects passive screen time has on language development has been well documented by researchers.

One study in particular surveyed the effects of media exposure on over 1,000 toddlers under two years old. In short, they found a strong correlation between media consumption and language development; the more videos that toddlers watched, the less words they knew or said. In fact, for each additional hour of videos that young children consumed, they said on average six to eight fewer words - which adds up over time!

This study showed particularly devastating effects of passive screen time. Researchers found that before a child's first birthday, those that watched more than two hours of television a day were six times more likely to develop a language delay!

And finally, this study demonstrated that the more time children spent using handheld screens, such as tablets, phones, and electronic games, the more likely they were to develop a speech delay. More specifically, each additional 30 minutes they spent consumed by these devices translated into a 49% increase in the likelihood of delayed speech development.

In addition to affecting a child’s communication, passive screen time can also impact their mental health and social well-being. A study from the University of Michigan analyzed screen habits of children between the ages of 4-11. They found that how children use these devices, not how much time they spent, had the strongest correlation on emotional and social problems.

Recommendation on Screen Time Use

While managing screen time may seem like another responsibility to put on the parenting checklist, remaining proactive will be highly beneficial for your child’s development. Of course there will be exceptions and emergencies - at the end of the day, moderation is what’s most important.

The American Academy of Pediatrics (AAP) provides some helpful recommendations on when and how to use screens with your child.

Additionally, regardless of your child’s age, there are many things you can do to encourage positive screen habits. It’s never too early (or late) to begin implementing these with your child!

What if Your Child is Already Addicted to Screens?

It happens! And once habits form, they’re hard to break cold turkey. While it’s unreasonable to think you can break the addiction overnight, there are a few tips and tricks that can help.

Fire and foremost, it’s important to set some ground rules. You can try setting a maximum number of minutes/hours they can spend in front of a screen each day. Or, choose a time of day that screen time is allowed (such as an hour before dinnertime, then screens off).

If your child is old enough to understand, make sure to clearly explain why you’re limiting screen time. Screen time can also be used as a reward if your child does their chores, completes their homework, or spends time playing outside.

What’s most important is that you try to find alternative activities that your child loves to replace their media consumption. This may take a bit of trial and error, but there are so many more beneficial ways they can stay engaged, build strong speech and language skills, and contribute to their development. Some ideas include: 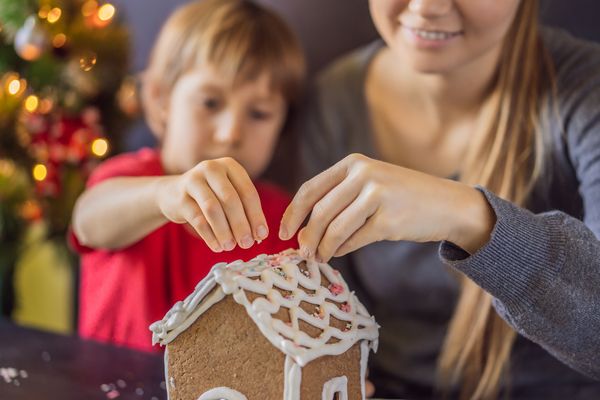 From cooking to singing to decorating, there are so many fun and festive holiday-themed speech and language activities you can practice at home with your child. In this article we discuss some of our favorites! 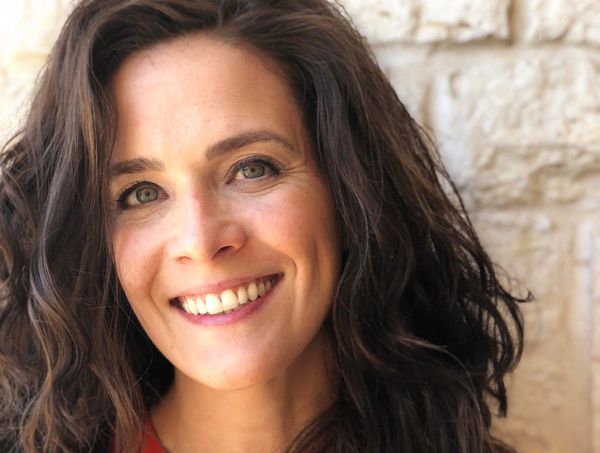 At Expressable, we're honored to have such a qualified and compassionate team of speech therapists that work with clients everyday to reach their communication goals. In our therapist spotlight series, we highlight some of their amazing stories.