With the rise of technology, more and more people who need speech therapy are turning to teletherapy, or online therapy.

The ability to connect with a certified speech-language pathologist from the comfort of your own home, on your own schedule, provides convenience and flexibility that can't be found in a traditional practice-based setting. It also allows parents to be more involved in their child’s progress, which can be difficult if speech therapy happens in a school or office environment.

Let’s take a look at the research.

Extensive research has been conducted on the effectiveness and outcomes of teletherapy for speech-language disorders. The results are clear: Done properly, online speech therapy is effective.

Look no further than the American Speech-Language-Hearing Association (ASHA), which is a professional credentialing association with over 200,000 members and affiliates, including speech-language pathologists. Based on a strong body of evidence, ASHA has recognized teletherapy as a valid means of service delivery for speech therapy disorders.

One of the landmark studies that supports these findings was conducted in 2011 by Kent State University researchers. They compared school students receiving speech language therapy in a traditional setting to those receiving teletherapy. There were two groups of students; the first group received conventional therapy for four months, then teletherapy for four months. The second group did the opposite, first receiving teletherapy, then traditional therapy.

The researchers closely monitored the students. Outcome measures included how much the students progressed and their overall satisfaction with both delivery models.

Overall, the results were conclusive:

“Student progress reports indicated that the children made similar progress during the study whichever treatment method was used. There was no significant difference in GFTA-2 scores (Goldman-Fristoe Test of Articulation) between students in the two treatment groups.”

Note: The Goldman-Fristoe Test of Articulation 2 (GFTA-2) is the most popular articulation test available for individuals from early childhood to adult.

One advantage of online speech therapy mentioned in the study was overall satisfaction. Satisfaction surveys showed that the students and parents overwhelmingly supported the teletherapy service delivery model.

In another study, the Ohio Department of Public Health was looking for a way to combat a shortage of speech therapists in the state. One of their initiatives was to fund a pilot on teletherapy for speech-language pathology services.

“Following intervention, students in the telehealth group made significant improvement in speech sound production as measured by change in scores on the GFTA-2 (Goldman & Fristoe, 2002). This result is similar to the improvement noted in the traditional side-by-side group.”

What to look for in an online speech therapist

Online speech therapy is quickly gaining popularity for several reasons, and a primary one is that it’s proven to be just as effective as in-person therapy. But of course, success isn't based only on the method of therapy, but also on the person delivering it. That’s why finding the right speech therapist who meets your unique needs is so important.

If you decide on online speech therapy for your child, make sure you find a professional who’s experienced with this delivery method. Beyond providing excellent care, online speech therapists should be skilled at keeping children engaged in a virtual environment. They use different techniques to keep children's attention, creating a fun, engaging learning experience made possible by the interactivity of a digital platform. They may play fun computer games, use different backgrounds, or give your child remote access to draw on a virtual whiteboard.

Be sure to look at any online reviews for the speech therapist you're considering to ensure they have experience in teletherapy. 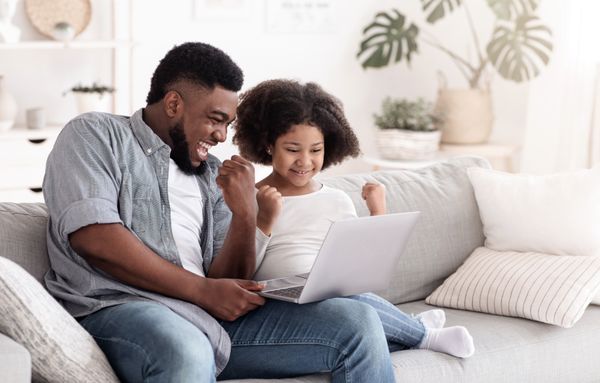 Here are the top five reasons online speech therapy may be a better choice than in-person therapy for you and your family.