Speech errors with the /s/ and /z/ sounds are very common in young children. If not corrected at an early age, they can continue into adulthood.

These speech errors are often referred to as lisps. But did you know that there are actually four different types of lisps, each with distinct characteristics? This article will explain and help you identify each type of lisp. We'll also cover some helpful activities you can practice at home if you or someone you love is working to overcome their lisp.

The simple difference between /s/ and /z/ production

Before diving into each type of lisp, let’s first cover some basics about correct /s/ and /z/ sound production.

For the purposes of this article, we’re going to use the /s/ production most frequently when providing examples. This is because the same tongue placement that's used for /s/ production is also used for /z/ production. The only difference is that our vocal cords are not used when we say the /s/ sound, whereas they are activated when we pronounce the /z/ sound.

Try this yourself! Place your hand on your throat while saying the /z/ sound. Do you feel the vibration? This is caused by your vocal folds rubbing together. Now, keeping your hand in the exact same position, say the /s/ sound. No vibration, right? This is because the vocal folds are not being used.

This is all to say that when reviewing correct production of /s/, the same rules can be applied to /z/ production. The only difference is the use of the voice.

The 4 different types of lisps and tips to correct them

Now let’s talk about the different types of lisps. We’ll provide a quick overview of each, along with some helpful practice activities you can do at home.

Tips for correcting an interdental lisp

Since interdental lisps are caused by incorrect tongue placements, they’re easy to visualize. This can be helpful when working on strategies for correction. For example, when looking in a mirror, it’s often easy to see the tongue protruding between the two front teeth. If you or a loved one is trying to fix an interdental lisp, use this to your advantage and practice in front of a mirror!

The tongue should go behind the front teeth, but it should barely touch the “bumpy part” of the mouth right behind your teeth, also called the alveolar ridge. When the tongue is in the correct position and you begin to push air gently out, the air should flow smoothly right over the tongue and out the front of your mouth.

Practice with your child in front of the mirror, and watch closely how their teeth and mouth move when saying these sounds. If your child has an interdental lisp, demonstrate the correct placement yourself and see if they can imitate your mouth movements. This can be helpful for anyone, especially those of us that are more visual learners.

A dentalized lisp is similar to the interdental lisp. While the tongue doesn’t completely protrude between the front teeth, it does push against the back of the front teeth, directing airflow forward. This can frequently cause a muffled sound when speaking.

Tips for correcting a dentalized lisp

To help correct a dentalized lisp, focus on making the tongue only lightly touch behind the front teeth, instead of pushing hard against them.

One simple strategy you can practice is called the exploding /t/ technique. To begin, say the /t/ sound four times consecutively, and then hold the sound on the last one. It will go something like: t-t-t-tsssssss. The /t/ will automatically turn into an /s/ sound. Pretty cool, huh? Try another with just one exploding /t/: t-ssss. Finally, see if the /s/ sound can be produced while maintaining that same placement. It will sound correct because the tongue is now in the correct position.

A lateral lisp makes a very distinguishable sound once you know what to listen for. In this production, the tongue stays in a relatively correct position; however, the sides of the tongue are raised enough to cause air to escape from either side of the mouth. All of this extra air causes the speaker to sound “slushy,” and speech takes on a uniquely “wet” or “spitty” characteristic. In fact, you may even hear a lateral lisp referred to as the “slushy lisp.”

Tips to correct a lateral lisp

If you suspect you or your child has a lateral lisp, you can once again try practicing the exploding /t/ technique. This will help position the tongue correctly so that airflow is being directed out of the front of the mouth.

You can also use a straw and hold it in front of the teeth. Try to make the air come through the straw instead of out the sides of the tongue. You’ll quickly notice the difference, as the sound varies considerably depending on where the airflow is directed. This activity also provides quick feedback so that the speaker can continue working on their /s/ or /z/ productions.

A palatal lisp occurs when the tongue raises up and touches the roof of the mouth, also called the soft palate. While this type of lisp is not as common, it can make it hard to pronounce the /s/ and /z/ sounds.

Tips to correct a palatal lisp

In order to fix this type of a lisp, it's important to review appropriate tongue placement. You may also need to focus on lowering the tongue slightly so that the body of the tongue is not raised as high when speaking.

If the person with a palatal lisp keeps their mouth slightly opened during their sound productions (which can be common), have them watch their tongue placement in the mirror. Model correct tongue placement so that the tip of the tongue only touches slightly behind the teeth, and the body of the tongue is positioned lower in the mouth instead of touching the palate.

When should a lisp be corrected?

There are a few things to think about before deciding if it’s time to correct an /s/.

The first is a person’s age. When children first begin developing their language abilities, often around the age of 2, lisps can start to become noticeable. While mastery of /s/ production can occur anywhere between ages 3 and 8, it’s a good idea to start working on this sound prior to age 8. If a child is able to produce an /s/ sound that's close to correct during practice, it's a safe bet that they're ready to begin practicing this sound.

Another consideration is the type of lisp. Dentalized and interdental lisps are relatively common and normal for early language learners, and many children experience them up to around 4½ years of age. Lateral and palatal lisps, however, do not occur as a normal part of language development. Either way, it’s a good idea to consult with a speech-language pathologist, who can evaluate and identify the type of lisp that you or your child may be experiencing. They can provide a clinical recommendation on how best to remediate the lisp.

Finally, it’s important to consider the social and emotional toll that lisps can have on a person’s well being. Speech sound differences or disorders that affect a person’s intelligibility may impact their confidence, self-esteem, and willingness to participate and socialize with others. While lisping affects everyone differently, it’s important to be proactive in minimizing the impacts of the lisp and regaining normal speech.

When to speak with a speech therapist about fixing a lisp

If you suspect that your child has a lisp, or you notice them struggling with their /s/ and /z/ sounds with little improvement over time, it’s important to reach out to a speech therapist. Based on an evaluation and their clinical experience, they may tell you that your child is too young to start therapy, or they may recommend a treatment plan to begin working on these sounds. Either way, this professional guidance will give you the confidence to help you make the most informed treatment decision. 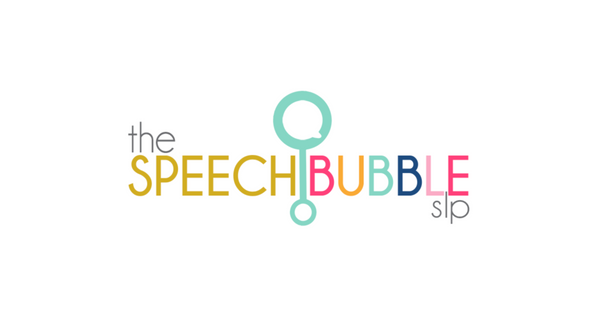 In our Resource Round Up interview series, we highlight some amazing content creators that are producing helpful materials for SLPs and clients. We hope to shine a light on their tremendous work and share some useful tools you can incorporate in practice. 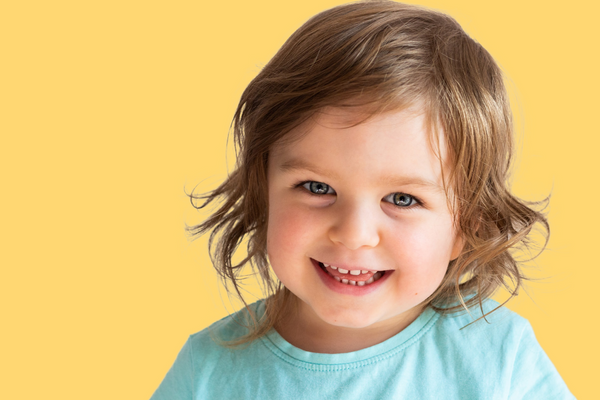 As children grow and develop their communication skills, some have trouble understanding what others are saying and/or expressing their own thoughts and ideas. In this article we review two very common communication problems: expressive and receptive language disorders